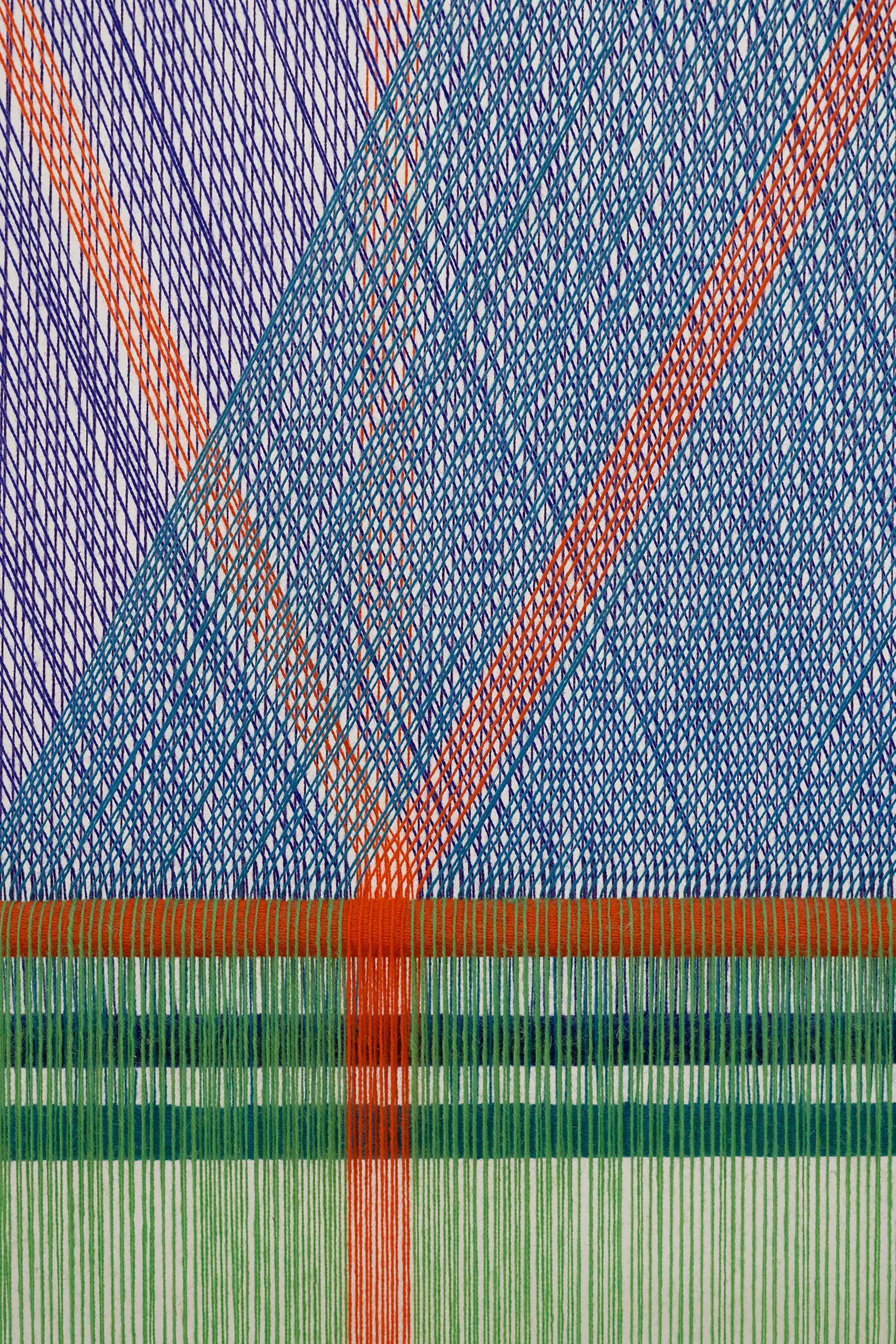 The exhibition Intersezioni brings together a selection of four works by Paola Besana spanning 40 years of her artistic production, from 1979 to 2019.
The word “Intersections” typifies Besana’s approach, which was based on both her figurative and artistic research and her unceasing study of connections between disciplines, people and things.
The works on display are mostly made in double weave, a technique she used to define as “fascinating and somewhat magic, in that it allows two or more layers of fabric to grow at the same time on the loom”, making it possible to explore different relationships between layers and the many ways in which a two-dimensional surface can be transformed into a three-dimensional work. 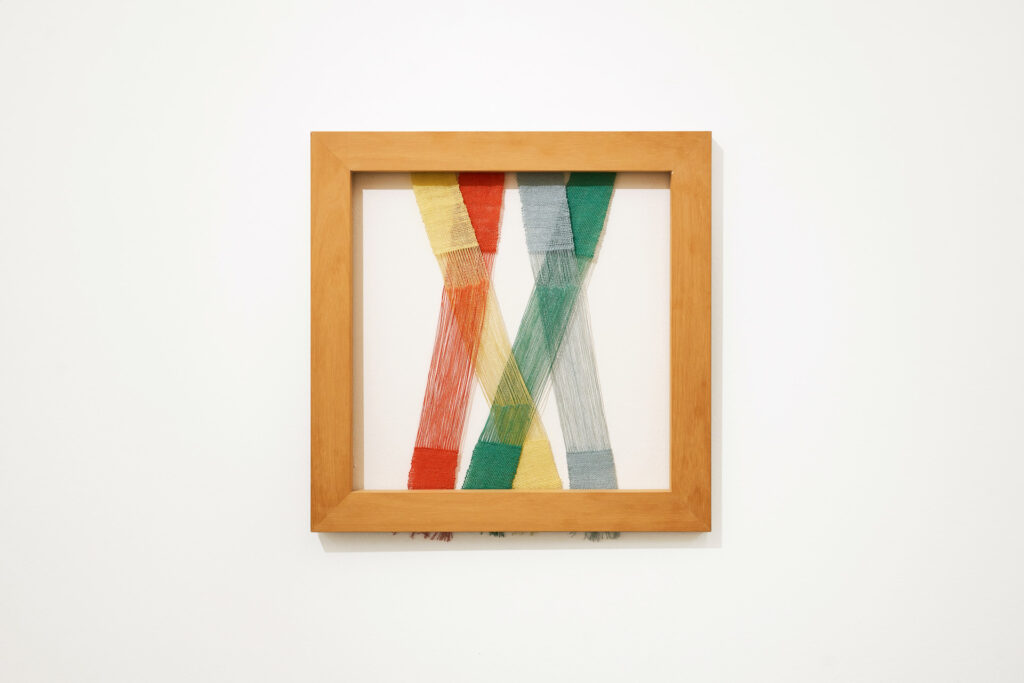 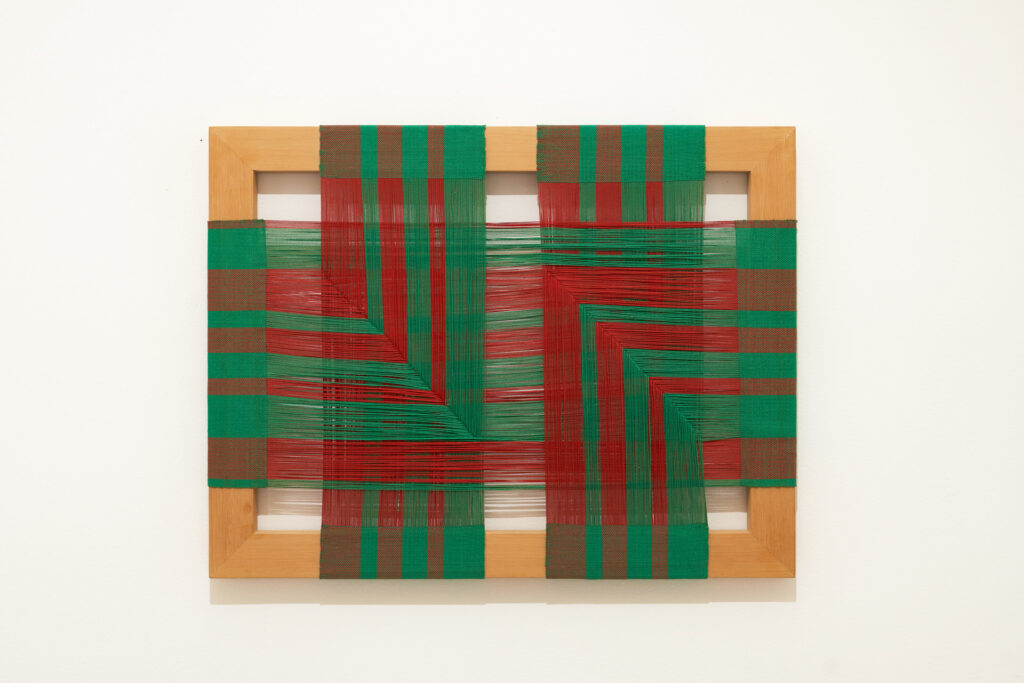 In “Piani” and “A passeggio”, though bi-dimensional, Besana added a further interwoven dimension by rotating two non-woven warps. “Quel chiodo fisso” and “Uno scambio” are made of structurally similar but chromatically different planes whose interlacings allude to the artist’s personal relationships, situations and experiences.
As shown by these works, Besana had a keen interest in exploring new pathways in her craft (her mantra was, after all, “What else..?”), and pushing weaving techniques into territories that were far removed from traditional ones.
Her works thus acquire a universal and timeless value, while their titles, which were often chosen after the works were completed, reveal her more private side and world view. 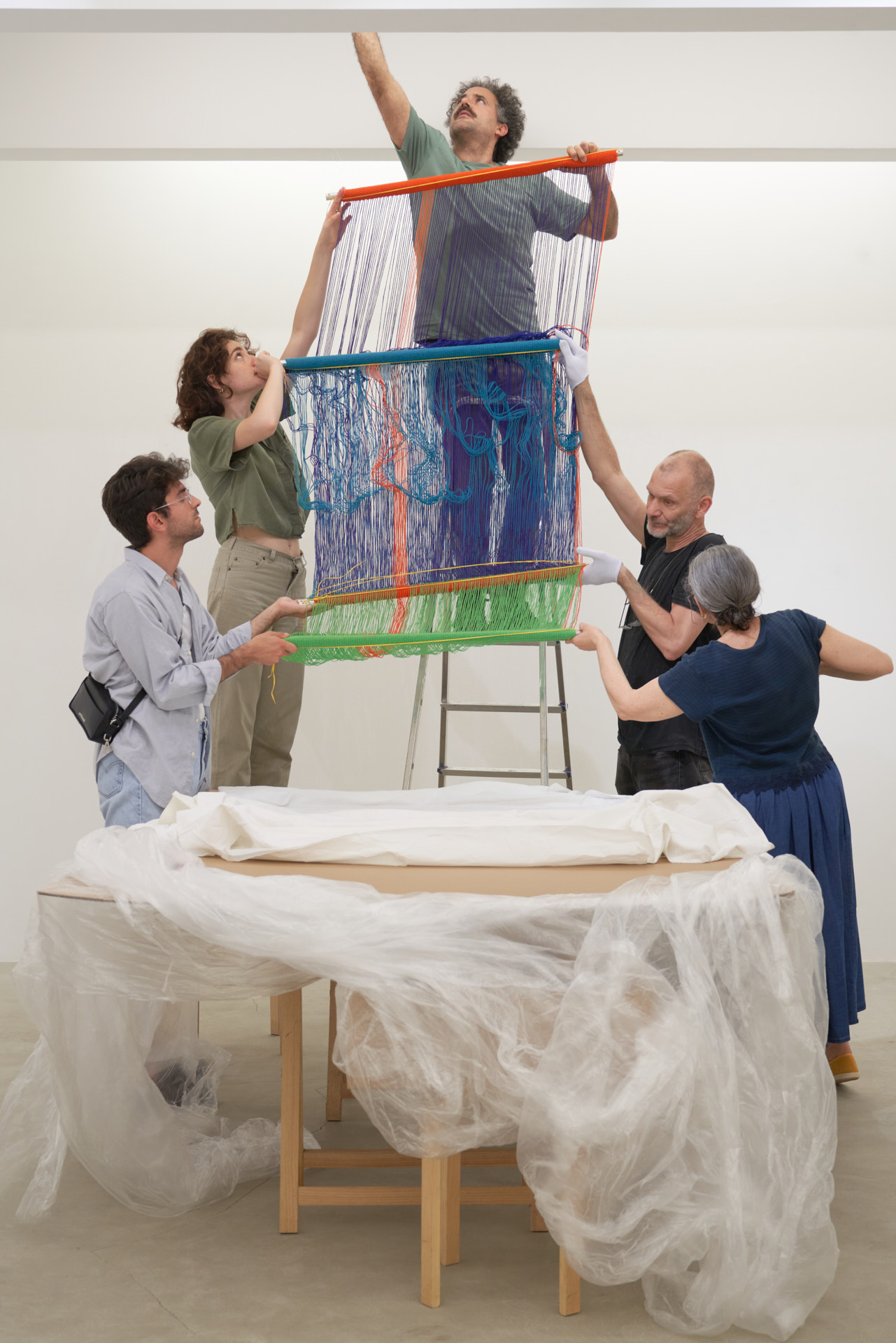 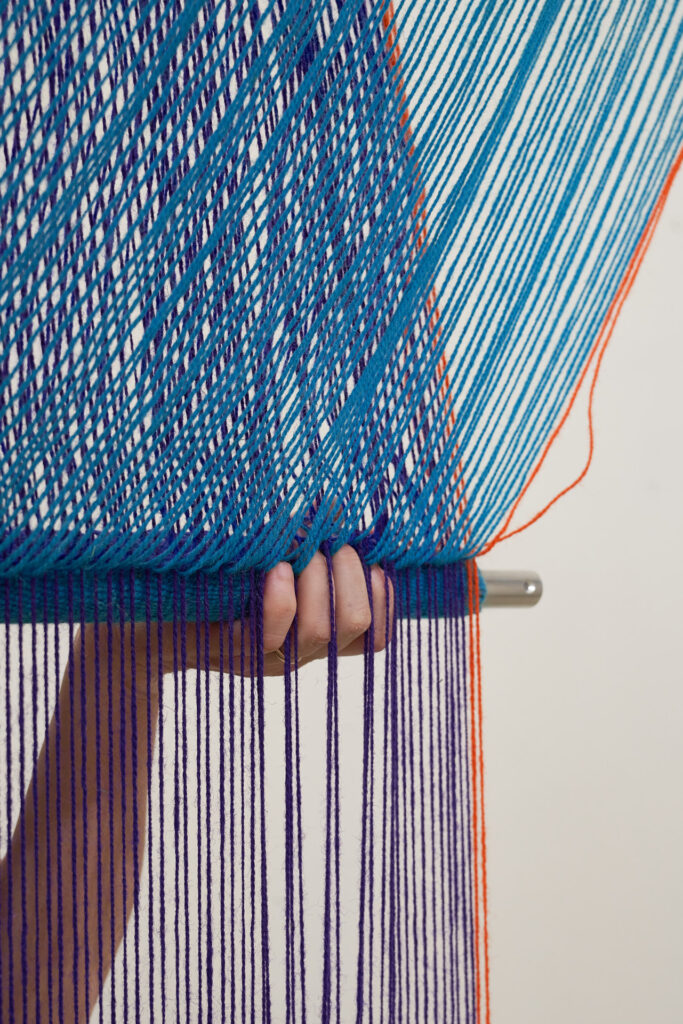 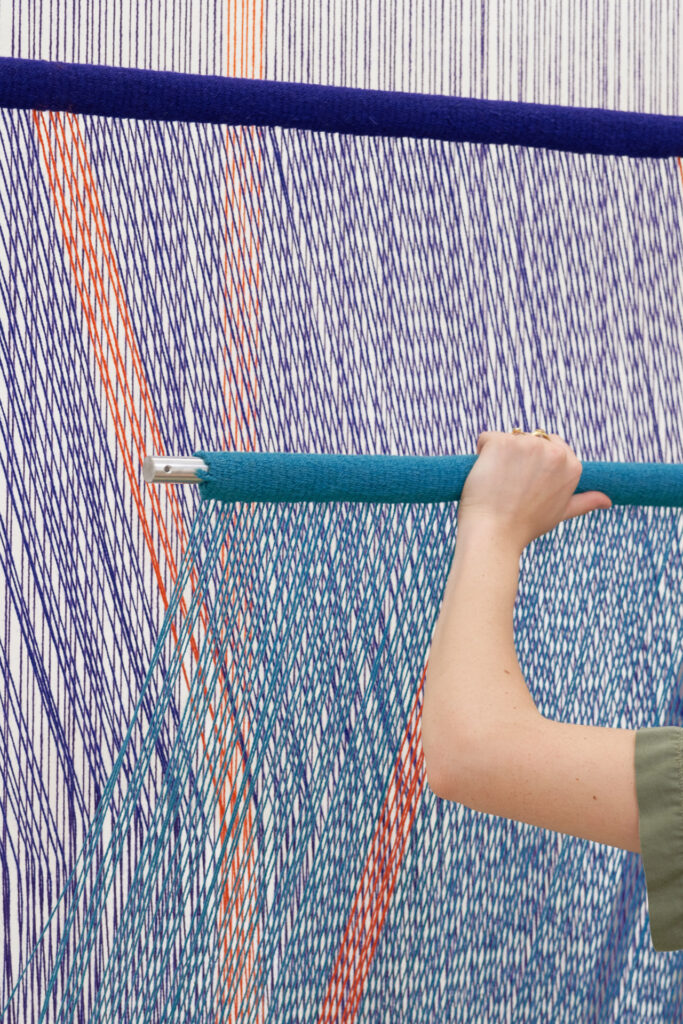 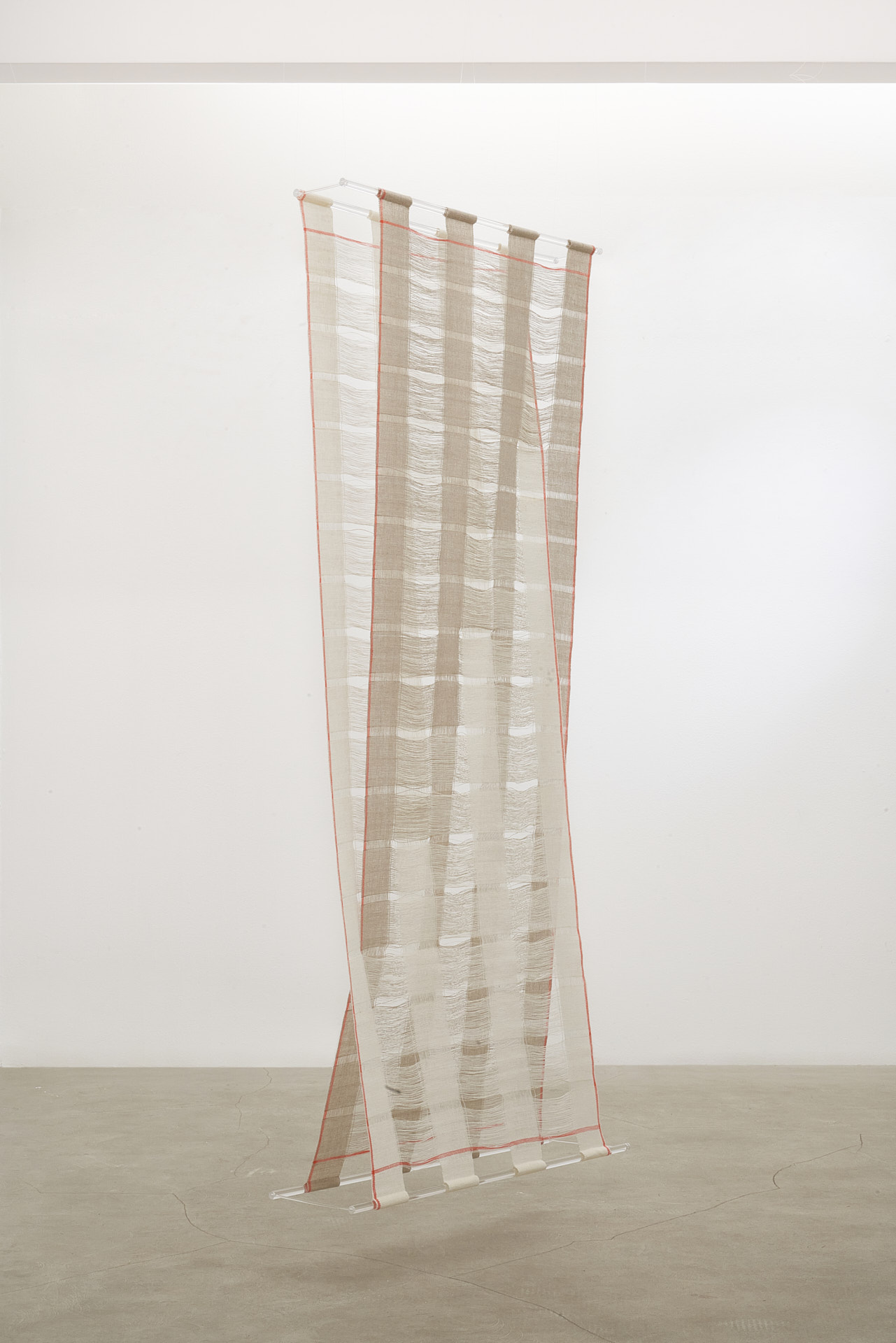